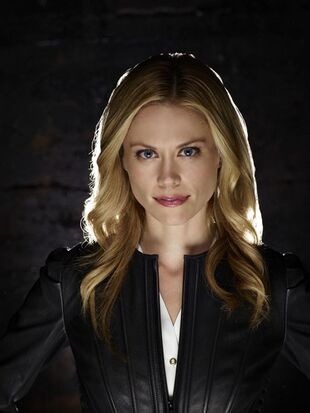 In the aftermath of the massacre in Nick's loft, Capt. Renard is determined to eliminate him permanently.

Hank and Wu head back to the precinct to watch over the Captain and help give the gang the upper hand. Black Claw makes a calculated move against Hank that stuns everyone and sends Nick into a frenzy.

Hadrian's Wall ramps up their investigation as they seek out a mysterious man named Bonaparte. Nick is at risk for losing everything as he battles Black Claw.

Meanwhile, Captain Renard ramps up his campaign as election day nears. Elsewhere, Adalind is faced with a dilemma. Following the bite he sustained, Sargeant Wu becomes involved in an unexpected altercation that could get him into trouble.

After meeting the mysterious Bonaparte, Adalind is faced with a difficult decision that could change her and Nick's lives forever. Nick and Hank investigate the death of a man whose bones were seemingly liquefied and removed.

Meanwhile, Wu deals with a crisis of his own and Hank reunites with his old flame, Zuri. Nick and Hank's investigation into the death of young man with a severed head suggests Japanese Wesen are acting on an ancient tradition of revenge.

An evangelical preacher uses his Wesen identity to convert individuals. Nick and Hank respond to the scene when a group of "true believers" are determined to save the preacher and his flock by any means necessary.

Nick and Hank have a hunch Wesen are involved when they encounter a beautiful young woman who appeared to age 70 years overnight and then died.

The investigation leads to a local doctor and Rosalee is enlisted to help find the truth. In the aftermath of a brutal attack in the woods, Nick and Hank happen upon a horrifying Wesen disease that may be the inspiration for the modern-day werewolf myth.

Meanwhile, Adalind receives an offer that may help her get back what she wants most. Nick and Monroe happen upon a treasure in Germany that has been hidden for centuries.

Back in Portland, Capt. Renard teams up with Hank and Wu to track down a deadly assassin who has turned the city upside down.

Unbeknownst to them, Eve is on a hunt of her own for the same man. Nick and Monroe are drawn to the dreadful source of a simmering mystery.

Elsewhere, Black Claw makes a deadly move that will send Portland into disarray. Monroe gets a call from a relative in Germany that will connect Nick with his ancestors.

Things get complicated when the evil group Black Claw is also determined to find the same artifacts. Renard helps a mayoral candidate get in front of his opponent.

Meanwhile, Trubel confronts Eve about Nick and Adalind. A barbaric Wesen ritual surfaces and Nick, Hank and Wu are already five steps behind the serial killer.

A local legend is revived as Nick and Hank investigate a mysterious sighting linked to a tourist's death at a local lake.

Rosalee's past catches up with her. Renard continues to support a candidate for mayor. Nick and Hank investigate the death of a local business owner and the kidnapping of Monroe and Rosalee's friend.

When three Wesen go out on a hunt at a local dump, two of them are killed after they encounter the mythical Rat King. Three young men begin their quest to win the daughter of a wealthy mobster and earn his fortune.

As they work toward accomplishing their task, bodies start to pile up and Nick and Hank are on the case. Rosalee is nowhere to be found after orphans decide she is the mother figure they've always dreamed of; and an encounter with a former colleague leads Adalind to consider going back to work.

Now that he's a father, Nick must make some major changes to ensure the safety of his child and Adalind. Monroe and Rosalee step up to help prepare for the new addition.

NBC's fall lineup has started taking some interesting shape. Hoping to capitalize on plenty of Summer Olympics visibility, the network is giving the second season of "Grimm" and series premiere of "Go On" some plum premiere slots in August.

Episode 12 - Zerstorer Shrugged. March 24th, The prophecy that was uncovered comes to fruition when a dark force arrives in Portland targeting Diana.

Episode 11 - Where the Wild Things Were. March 17th, Eve is on a quest to confront the mysterious force she saw in the mirror and finds herself in foreign territory.

Episode 9 - Tree People. March 3rd, Nick, Hank and Wu respond to a call where a man claims his friend was consumed by a tree-like figure.

Episode 8 - The Son Also Rises. February 24th, The investigation into deadly attacks on a team of scientists turns out to be a unique experience for Nick, Hank and Wu.

Episode 7 - Blind Love. February 17th, The gang joins Rosalee and Monroe for his suprise birthday getaway, but the trip takes an unexpected turn when a hotel employee targets Nick in an effort to avenge his father.

Episode 6 - Breakfast in Bed. February 10th, Nick, Hank and Wu investigate a local hotel after a grisly murder leads to one of its guests who claims to be haunted by a frightening creature in the night.

Episode 5 - The Seven Year Itch. February 3rd, Nick and Hank team up with Wu to investigate a peculiar murder in a local park. Episode 4 - El Cuegle.

January 27th, Nick, Hank and Wu investigate a Wesen with a hidden agenda who torments a young family. Episode 3 - Oh Captain, My Captain.

January 20th, In an effort to stop the rise of Capt. Episode 2 - Trust Me Knot. January 13th, Hank and Wu figure out a way to stop Renard while Nick is still on the run.

May 20th, Adalind and Capt. Renard struggle with Diana's unpredictable behavior. Episode 21 - Beginning of the End - Part One.

May 20th, Black Claw makes a calculated move against Hank that stuns everyone and sends Nick into a frenzy. Episode 20 - Bad Night. May 13th, Nick is at risk for losing everything as he battles Black Claw.

Episode 19 - The Taming of the Wu. April 29th, Following the bite he sustained, Sargeant Wu becomes involved in an unexpected altercation that could get him into trouble.

Episode 18 - Good to the Bone. April 22nd, Nick and Hank investigate the death of a man whose bones were seemingly liquefied and removed.

Episode 17 - Inugami. April 15th, Nick and Hank's investigation into the death of young man with a severed head suggests Japanese Wesen are acting on an ancient tradition of revenge.

April 1st, Nick and Hank have a hunch Wesen are involved when they encounter a beautiful young woman who appeared to age 70 years overnight and then died.

Episode 14 - Lycanthropia. Six Feet Under mastered this technique in their finale, showing how the characters died and, by extension, how they lived in the same manner that was used throughout the show on inconsequential extras.

Grimm gave us an epilogue, jumping ahead 20 years, showing Nick's son, Kelly, continuing the tradition of keeping the Grimm diaries going. He works out of a new trailer, with his older sister Diana, and Rosalee and Monroe's triplets, to keep the world safe from rogue Wesen.

It didn't seem like Grimm left any loose ends. The symbols in the tunnel were a kind of calendar; the stick was part of a bigger staff; the "Other Place" as Diana termed it was a kind of alternate universe that was essentially shut down when Nick destroyed the Big Bad.

DG: We had it planned out right before we shot it. We had no idea until the very end. Well, we knew there were certain things that had to happen, but we didn't know specifically.

We felt we had answered the keys with the stick, but then we thought we really had to answer that stick - for real. We had a lot of different versions we were playing around with.

Eventually we came up with what I think is the best one. I hope! We weren't really settled on anything. We just let the characters lead us to where we should go, I think.

That seemed like the most logical last episode. Throughout this last season it kind of felt like Eve was switching back into Juliette mode, and that at some point she was going to proclaim her love to Nick, and try to get him back.

We shot where she felt the strength of being a hexenbiest, all that power. She went from bad to good. But she didn't want to give up that purpose.

DG: It wasn't like she was converting; she was coalescing in this last season. They both did a lot of stuff, good, bad and indifferent.

But she was no longer interested in simple happiness. She discovered a purpose in life. Did you always want to bring Aunt Marie and Kelly Burkhardt back for the finale?

JK: If we could figure out how to do it, we would, but you don't know those things until you really figure it out. We hadn't planned, "how do we bring them back," and created the last episode around them.

It wasn't that at all. We found a way to incorporate them into the last episode. At the end of the final episode, we get the sense that Nick and Adalind are still together.

Is that fair? And obviously Monroe and Rosalee had the triplets, and are - hopefully - still together. What happened with some of our other characters?

What happened with Renard and Eve and Trubel? JK: They all reformed a new kind of family, having fought evil together, I think they all came together with the reality that this war, this battle, will continue and they will fight it together.

DG: And whatever you think happened! It's supposed to live on in your mind! You the viewer. But it's quite probably true that they are all out there, fighting the good fight.

Was there ever any discussion or consideration of incorporating them into the epilogue? JK: And the reality of our time We only have 42 minutes or so of broadcast time.

There were other things we wanted to do, but there just wasn't enough time. DG: There could be. You never know. That Trubel character came on a little late in the game, with the idea of her maybe having her own spin-off with some of our regulars someday.

You just never know. It seems like NBC has been very supportive of the show throughout. There has always been a big promotional push, and they gave you guys a chance to finish out the show on your own terms.

Can you talk a little bit about the relationship with NBC? JK: They've been amazing. They've been very supportive and pretty much let us do what we wanted to do. 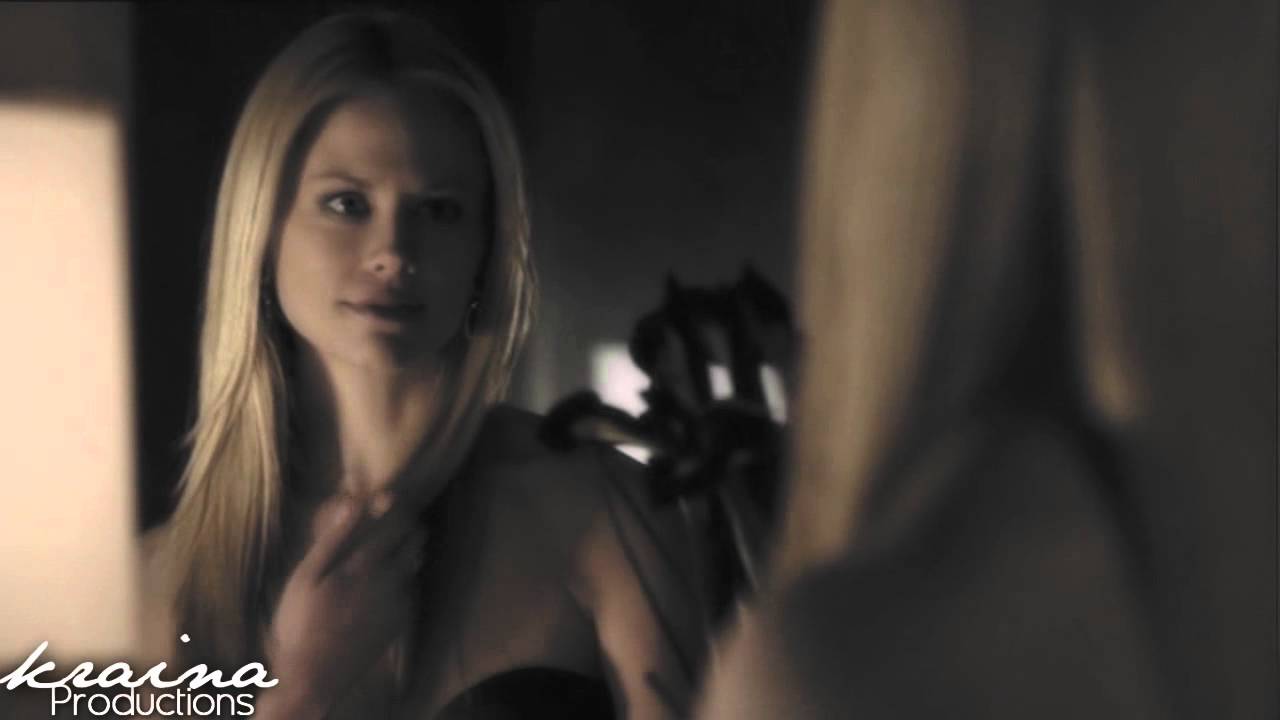